Budapest - Bamako is rather Rally for regular people with irregular intentions. Start is on January 12 and planned completion on January 28, 2018.

Green Motion Planet will follow this electric car Team on their journey as they drive Model X. This will be great test for purely electric vehicle made by Tesla Motors and even bigger test of will and stamina for the Team.

A word from Drivers:

Hi, this is a campaign to get funding for Team Tesla Powered by RWE for Budapest - Bamako rally, largest amateur rally in the world. We plan to go with Tesla X fully electric car!

Main sponsor of our project is, quite fittingly, energy company RWE, Croatian branch of the innogy group, one of the leading energy companies in Europe. In Croatia, they are mostly known as electricity and gas providers.

The project is in Croatian, because we plan to write travelogue in Croatian language, for our Croat readers (and others who understand Croatian). We will also post high quality photos. So, since photos do not require any translation – if you like nice photos and/or electric cars you can support the campaign too....

The rally itself is challenging enough, but to go with the electric car makes it almost completely crazy. Check out the video above, with the rough route shown. Follow, and of course participate in this campaign! As the campaign draws to a close, we will publish the name of the Facebook group and the media outlets that will be used to publish the photos, stories and news from Team Tesla Powered by RWE. Thanks!

VW Camper Van is returning, but you won't believe what they've done to it

VOLKSWAGEN is bringing back the iconic T1 Camper Van in 2022, but the new model will be an electric, self-driving version called the I.D Buzz.

Volkswagen is bringing back its iconic T1 camper van back in 2022 – but not quite how you’d imagine.
As part of VW’s new I.D electric car range they are manufacturing the Buzz, a microbus concept, which is based on the famous T1, T2 and T3 Campers "hippy mobile".
VW I.D Buzz was unveiled earlier this year, but now it has been confirmed the vehicle will enter production in 2022.
The I.D Buzz will both be electric-powered and have a degree of autonomy.
Whether the car will be fully autonomous by 2022 or just have certain self-driving features has not been confirmed.
Please read the whole article by Luke John Smith on EXPRESS.
at December 05, 2017 No comments:

Following on from the Rimac Concept One, the new hypercar is a game changer, says Rimac.

Croatian electric supercar maker Rimac has given us the first indication of the shape its second generation hypercar will take when it arrives as the follow-up of the Concept One. 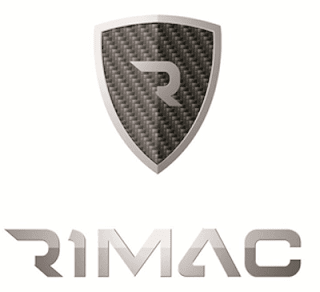 Rimac has given us little more than a dark silhouette to work with but we can see from the teaser that the new car is still obviously a supercar in form, featuring a recognisable mid-engined car shape and aggressive aero. Unlike the sleek Concept One, the first thing we can see is a rear wing and deeper front splitter. Looking closely at the image, it is also possible to see production car-like mirrors, usually a tell-tale sign of whether a car being shown is a concept or production car.

Please read the whole news by Jordan Katsianis on EVO.
at December 01, 2017 No comments: