It's big news when a leader in the sustainable transportation market goes all out on an electric bike: Meet the Smart ebike, which Mike brought to our attention last month in the article Smart's Award-Winning Electric Bike is Coming to the United States. The ebike is now on sale in Europe, but won't hit the U.S. market for a few more months. 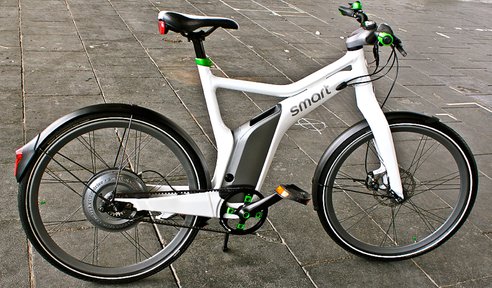 As Mike mentioned, the ebike recently picket up the prestigious Red Dot award for its design. Now it has been named a participant in Germany's most prestigious design prize, the Designpreis der Bundesrepublik Deutschland, and I got to see it first-hand at contemporary design show DMY Berlin. Winners in the awards program will be announced in the fall. 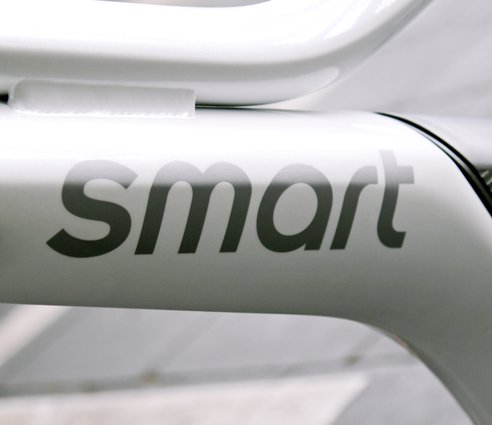 This ebike is a lot better looking than most ebikes on the market -- probably one of the reasons it keeps winning awards. On the design front, ebike designers don't have it easy: Should they be bikes or motorcycles? Until the technology gets even smaller, an ebike will always be too heavy and clunky to look like a bicycle -- and maybe it shouldn't anyway. 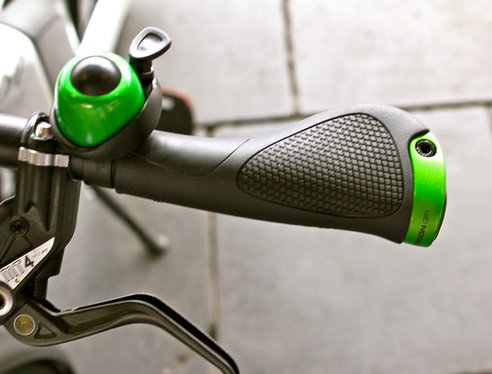 © Mairi Beautyman
Either way, everything is streamlined and tucked in with the Smart ebike. The battery is hidden behind the grey pannel on the frame, and the engine is in the back tire. Shown is the crystal white with electric green accent trim parts, but the ebike will also be available in matt dark grey with flame orange accent trim parts.
Some of the perks you can't see: The tires are Continental EcoContact Plus -- which the manufacturer says has added muscle, making it particularly hard to get a flat. 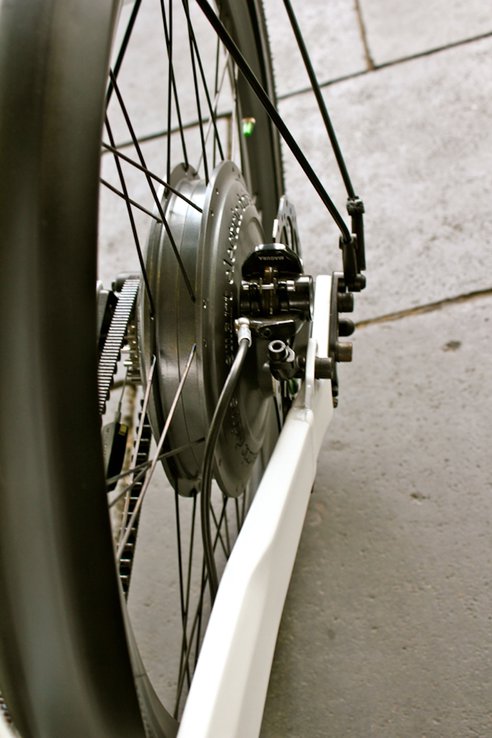 © Mairi Beautyman
Naturally Smart developed its own iPhone app for the Smart (your iPhone fits into a slot on the dash), but I couldn't find anything on what exactly the ap would do (other than assuming the obvious, navigation), the press release just says, "With the help of an iPhone app specially developed for the smart ebike the smartphone becomes an information centre." 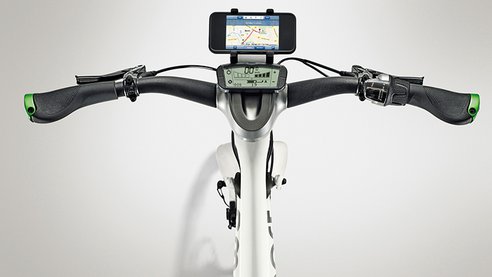 Bundes Design Preis/Promo image
Smart ebike riders can decide just how much pedaling they wanted to contribute to the ebike: Maybe on the way to work, after the morning coffee, you want to go all out. On the way home...not so much. Thanks to four levels of gear power, problem solved.
We'll be interested to see how the Smart ebike does -- there has been some criticism of its 250 watt engine, which means it won't be the fastest on the market. 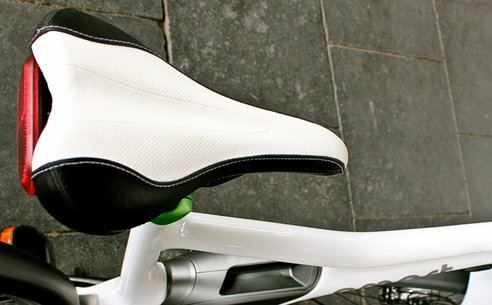 © Mairi Beautyman
But it is also easy to use and doesn't have to be recharged for up to 100 kilometers. Plus, it's probably more geared for the Europe market, where you don't need a driving licence or a licence plate for a ebike that tops out at a speed of 25 km/h (in the U.S. you need a top motor-powered speed of less than 20 miles per hour or 32 km/h).
Combining these qualities with stylish, the Smart could really attract a new crowd to the eBike market.
Source: Treehugger http://www.treehugger.com
US Price: $ 3660