Beijing, September 13th , 2014 - Beijing kicked off the first ever season of the FIA Formula E
The first of ten races that will be held all around the world hosted many well-known names from motorsports, business and showbiz. This was also the first outing for the Rimac Concept_One as the Race Director and Hot Lap car.

The Concept_One joined the group of 20 racing cars of the FIA Formula E that share the same genetic code with it. Both sprint to 100 km/h from a standstill in 2,8 seconds, both are the first of their kind in history and both are 100% electric.

It wasn’t only Formula E CEO Alejandro Agag who experienced the Concept_One on the race track on the first event. CEO of Rimac Automobili, Mate Rimac was there to give a group of VIP guests a first-hand experience of the all-electric hypercar, moments before the start of the historic race. 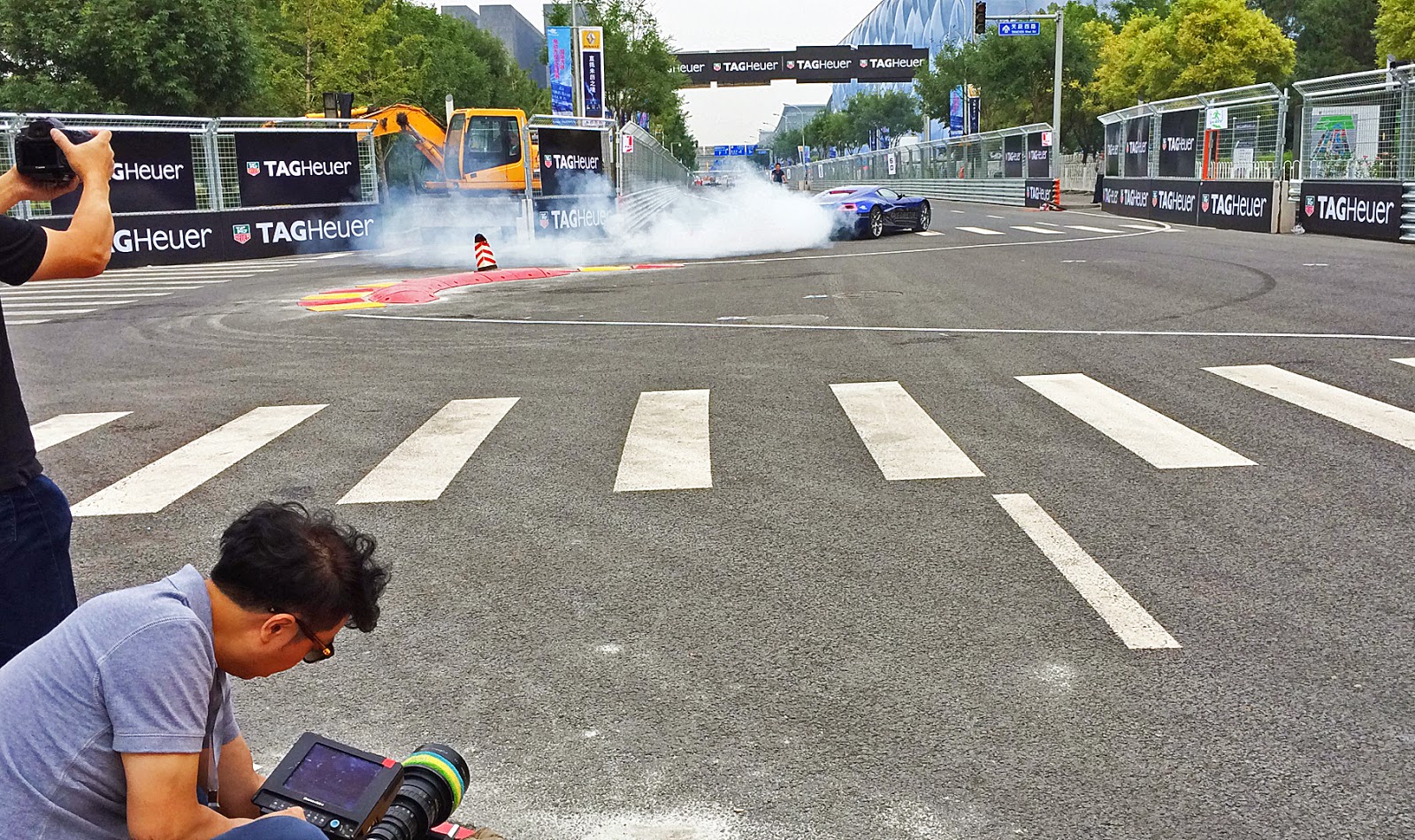 The Concept_One was warming the crowd and the race track before the first official Formula E racing kilometers took place. It is only logical that the pioneers of electric single seater racing series would be supported by the world's first electric hypercar, driven by four electric motors and controlled by the sophisticated Rimac-All-Wheel-Torque-Vectoring System. The FIA Formula E and Rimac Automobili are bringing passion and performance together with zero emissions – a fusion between the future of mobility and racing. 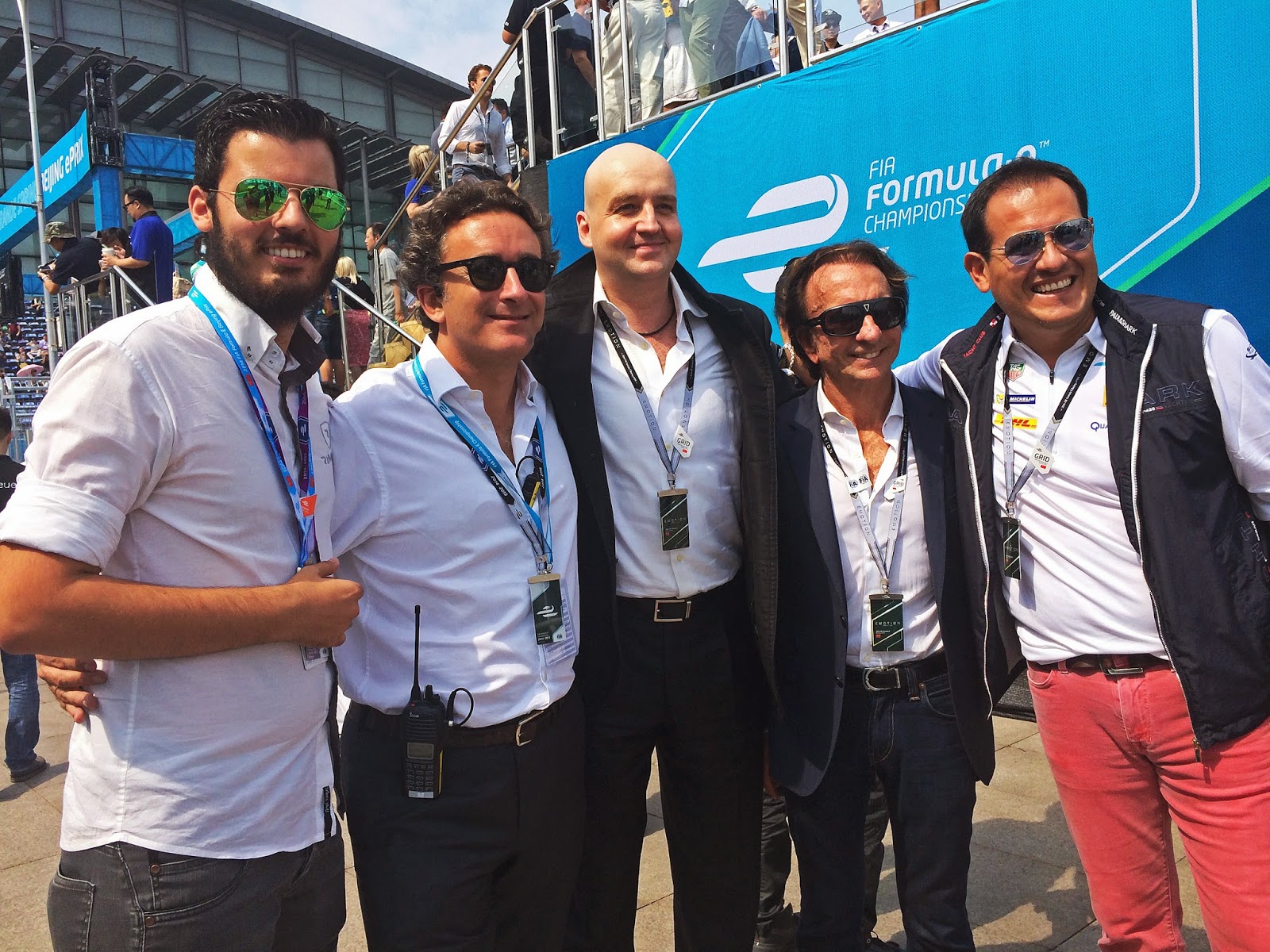 Mate Rimac, CEO of Rimac Autombili, explaines: “Racing has always been the forefront of technological development.  Racing has always been the driver of innovation. It is the reason for our very existence as Rimac Automobili was born as the result of my passion for racing and electronics. We believe that the Formula E series will be an incubator for thousands of innovations and technologies that will contribute to the adaptation of electric drivetrain technology in many applications. It only makes sense that a car that is truly embracing the possibilities of the technology takes part in the series – the Concept_One shows already today what tomorrow’s technology can do. Our strong partnership with the Formula E series is a unique opportunity to push the limits even further.” 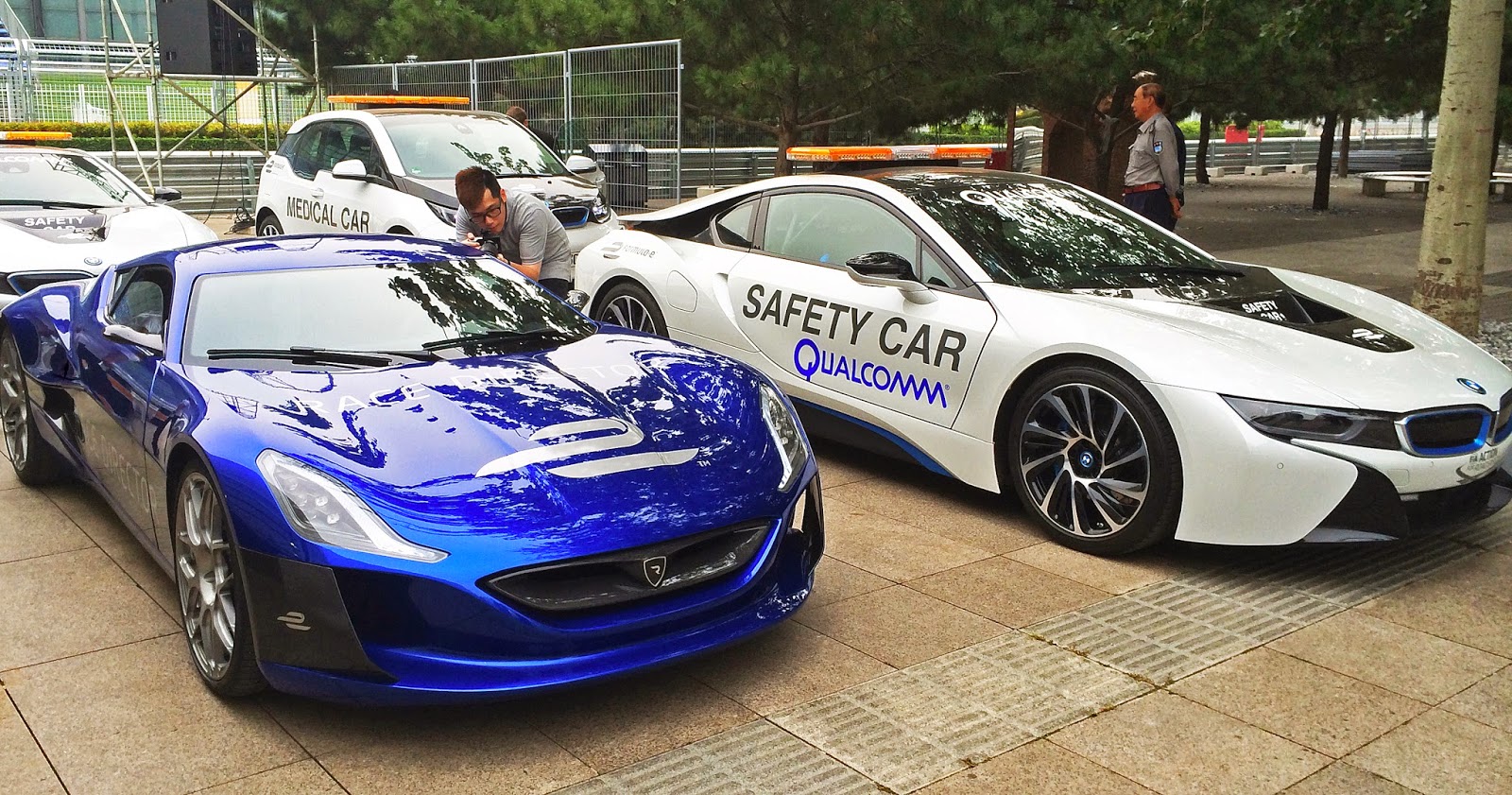 It was Nicolas Prost to write history and claim the pole position for the race. Lucas di Grassi claimed the victory after the spectacular crash of Prost and Heidfeld during the dramatic last lap.

The first Formula E race proved that motorsport evolution might be quiet, but can definitely be full of excitement. 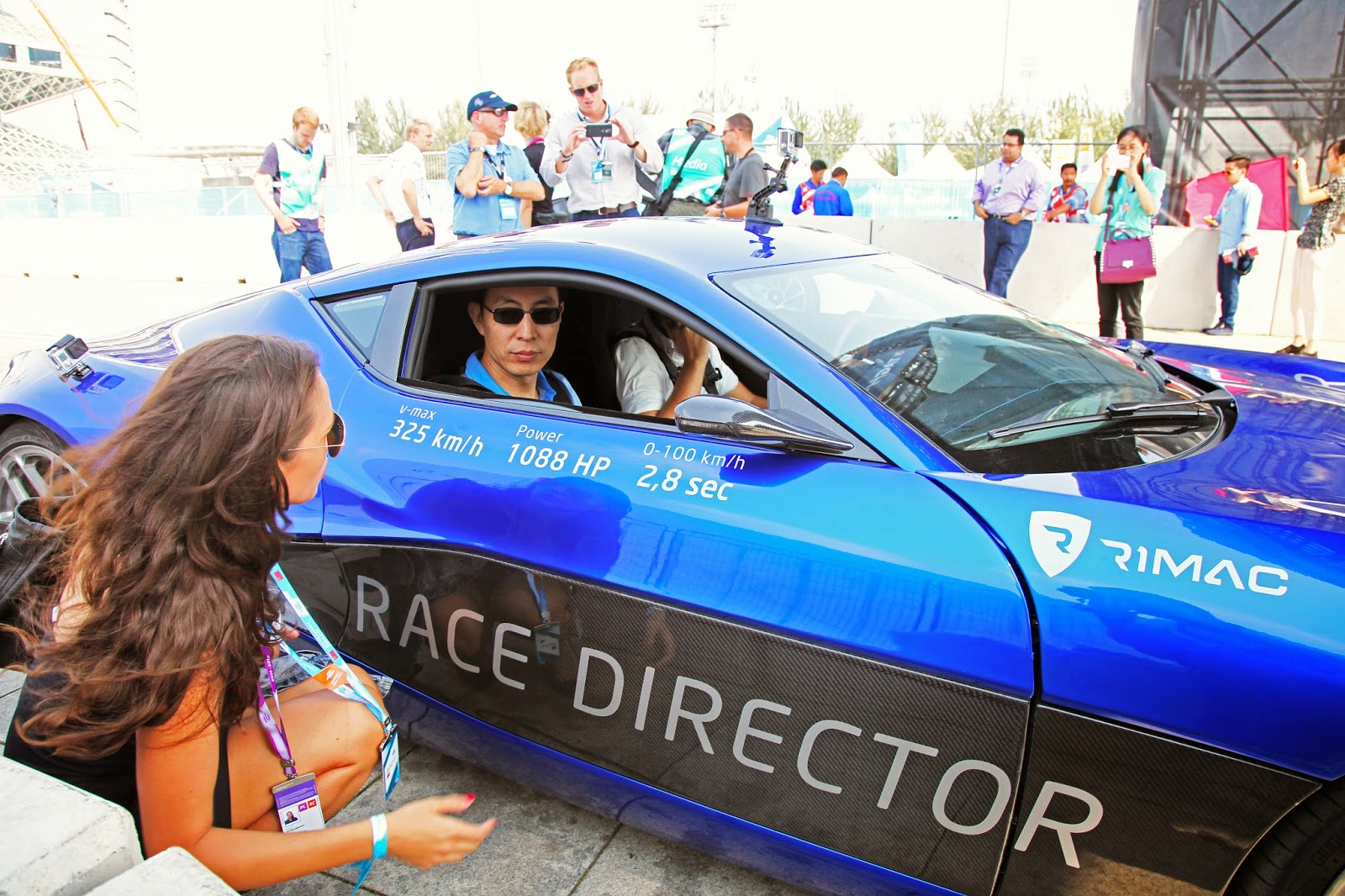 The Rimac Concept_One will serve as a Race Directors and Hot Lap car for the first Formula E season, making history in the evolution of motorsport. “Formula E is certainly a different experience and it will speed up the development of electric mobility. To discover something new you have to be on your own path and you also have to be on your limit. That is what we are doing with every day, and that is what we saw here in Beijing this weekend. The race cars are really driven to their limits – this will give the extra push needed to bring us new technologies and new ideas very quickly.” said Mate Rimac.

The season of Formula E continues to Malaysia, Uruguay, Argentina, United States and on to Europe, all the way to June 2015.
Read the original article with more pictures on Rimac Automobili web site.