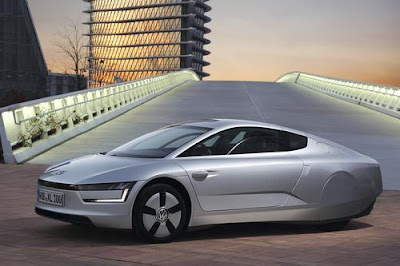 Exceptional, slick design, 12 years of prototyping, logical choice for hybrid with combination of diesel and electric powertrain and the right timing are big pluses for this new ecologically friendly car from VW which stole lot's of attention on Geneva 2013 Auto Show. 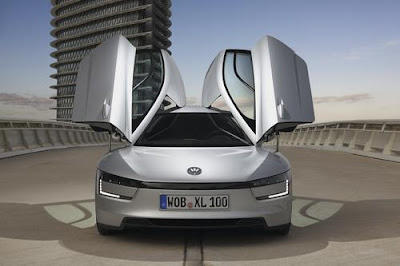 "The Volkswagen 1-litre car is a two-person concept car produced by Volkswagen. The 1-litre car was designed to be able to travel 100 km on 1 litre of diesel fuel (280 mpg-imp; 240 mpg-US), while being both roadworthy and practical. To achieve such economy, it is produced with lightweight materials, a streamlined body and an engine and transmission designed and tuned for economy. The concept car was modified first in 2009 as the and again in 2011 as the XL1, with limited production of the XL1 slated to begin by late 2013. 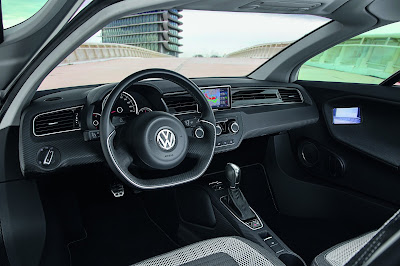 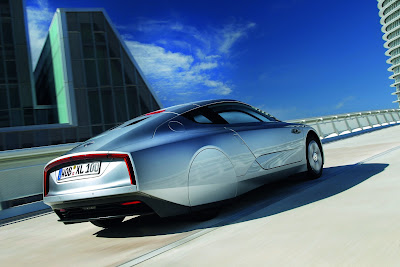 Photo: Rimac Automobili
Every descriptor for this car should translate to “slow”: Croation, electric, with a body that’s 28 years old. But no. This clapped-out Bimmer has broken a string of FIA-sanctioned acceleration records.
The Zagreb-based automaker Rimac Automobili – primarily known for its outlandish supercar concept – has overhauled a 1984 BMW E30 and created the fastest-accelerating electric vehicle in two classes.
The E30 they call the “Green Monster” coaxes 600 horsepower and a bit over 650 pound-foot of torque from a 441 kWh motor. It goes from zero to 62 mph in 3.3 seconds and has a top speed of about 174 mph, which according to FIA regulations, makes the Green Monster the fastest-accelerating electric vehicle in the Category A, Group VIII, and Class 3 sections. Allow us to translate. That means this green meanie takes the cake for electric vehicle acceleration and for vehicles weighing in above 1,000 kg. The Rimac Automobili team set the record at a mile-long military runway near Zagreb last year, but the stats are only now being made public.
In the year since that run, Rimac set to work building the pre-production Concept_One, a carbon fiber-bodied electric supercar. Rimac says that it “can beat the e-M3, by far,” and if their hypothetical statistics are correct, it should be easy.
The Concept_One pumps out 1,088 horsepower and goes zero to 62 mph in 2.8 seconds. It has a 300-plus mile range with its 91 kWh battery pack – quite a bit more than the E30′s 24 kWh of stored energy. Four motors – one for each wheel – produce 250 kW of peak power, and the whole carbon fiber and aluminum setup adds up to a portly 4,300 pounds. Damn batteries….
But if you’re looking to get your own BMW converted to electric-spec, you’re out of luck – Rimac explicitly says they’re not in the business of converting gas cars to EVs for customers.